Research conducted by scientists studying infants with the Zika virus in Brazil have discovered new dangerous eye complications that can be linked to the virus. These eye complications can lead to possible severe vision loss and even possibly complete vision loss. Three Brazilian infants that have microcephaly—a birth defect caused by Zika that causes shrunken heads and brains in newborns—have been observed of also having hemorrhaging, abnormal blood vessel development and retinal lesions. This has never been observed before by researchers.

Close to 1.5 million people have been diagnosed with the Zika virus thus far in Brazil, a staggering figure, and 4,000 infants have been born with microcephaly. Due to the staggering number of people infected with Zika, the World Health Organization (WHO) has declared a public health emergency. A previous study on 29 babies in Brazil that had Zika induced microcephaly displayed evidence that one-third of those infected would develop eye problems of some nature.

Here are 3 eye related complications that researchers believe can be caused by the Zika virus: 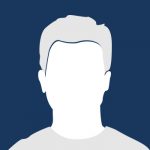